Alexander Kier "Lex" Gigeroff was an actor and writer from Ottawa, Ontario, Canada. Lex was one of the head writers and creator/inspiration for "Lexx".

Lex has sole writing credit in the episodes Lafftrak and Girltown. He shares writing credit with Paul Donovan, Jeff Hirschfield or both in twenty seven other episodes, including all four movies, nine second season, six third season and eight the fourth season.

Lex, together with his brother Andre Haines, also composed the English lyrics for the music of Brigadoom.

Sadly, Lex Gigeroff died at his home on December 24th 2011 from a heart attack. He is survived by his two children, father and brother.

Aside from writing, Lex has also appeared as an actor in several episodes of the series.

He also did multiple voice over parts in the fourth season: 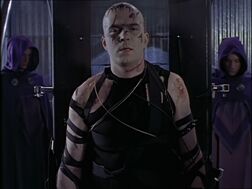 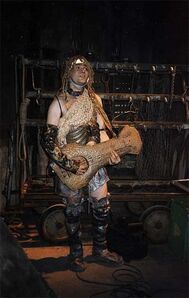 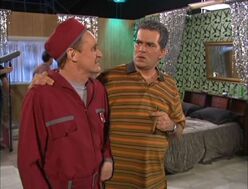 Barnabas K. Huffington
Add a photo to this gallery
Retrieved from "https://lexx.fandom.com/wiki/Lex_Gigeroff?oldid=11801"
Community content is available under CC-BY-SA unless otherwise noted.