Jeffrey Hirschfield is a television screenwriter, actor and co-developer of Lexx. He wrote for three of its four seasons and voiced the character of the robot head 790.

He is best known for his contributions to the Lexx television series. Fans of Lexx nicknamed "The Supreme Beans" the show's main writers, Paul Donovan, Lex Gigeroff, and Jeffrey Hirschfield.

In addition to co-writing the scripts to 21 episodes of the show, Hirschfield also provided the voice for 790, the disembodied robot head.

He also played Feemak, an inhabitant of Klaagia in the episode "Eating Pattern", P.T. Bando, Pilot of the Eagle 5 in the season two episode "Lyekka", a character named Dick Dongler in the season four episode "Fluff Daddy". He also provided the voice for the bit roles of Black Rook #1 and Black Rook #2 in "The Game".

Hirschfield co-created El Mundo del Lundo for Canada's Comedy Network, on which he also performed. Further writing credits include I Was A Sixth Grade Alien, Olliver's Adventures and Starhunter. He has written a number of stage plays and radio dramas.

In 2009, he played a voice in the Zixx television franchise. He provided the voice of Flanngo in one episode of Zixx: Level Two and eight episodes of Zixx: Level Three. Hirschfield is creator of the live action/animation sci-fi adventure series Zixx and served as series story editor and wrote five of the first thirteen episodes. 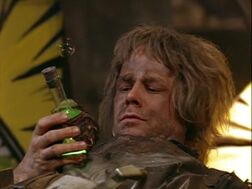 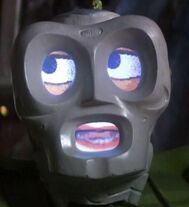 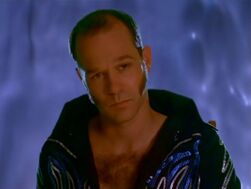 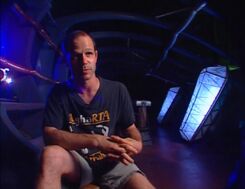